If you’re unfamiliar with the Veil Brewing Co, it’s the unassuming brick building on Roseneath Road that amasses a Black Friday like line of devoted followers every Tuesday for their weekly can release. The brewery draws visitors from all over the east coast and beyond thanks to brewmaster Matt Tarpey’s focus on hop forward beers and ‘spontaneous fermentation’. Tarpey also has experience working at some of the best breweries in the world.

Though many people rave about the beer, I personally don’t care for IPAs or other types of beer varieties that have lots of hops. It is a shame because the interior of The Veil is gorgeous and it’s a really relaxed spot to hang out. Plus, it’s literally within steps of my apartment complex. Ever the optimist, I do enjoy the weekly food truck selections that post up at The Veil since they offer variety in my dinner options (whatup, Dank Eats!) 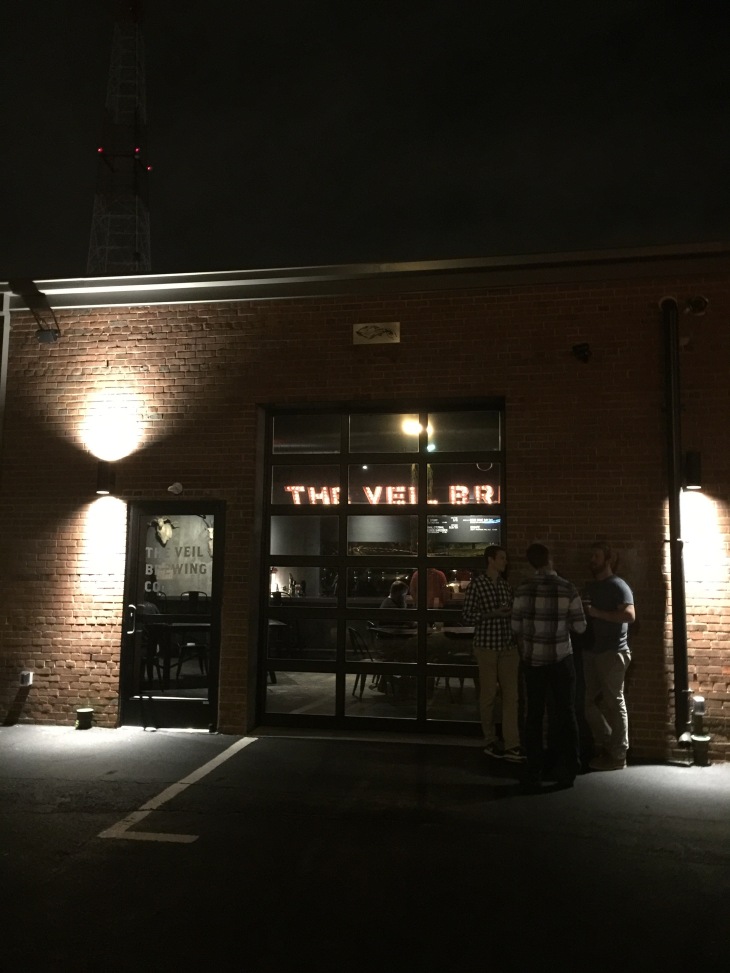 The Veil also likes to host a lot of fun, cool, and well organized events. And I’ll always support that.

The Veil set up cozy love seat benches and tables with umbrellas for audience members to sit, which was nice. The food truck of the evening was Northern Neck Oyster Co, which I still haven’t tried and need to in the very near future. Many people were munching on delicious looking crab cakes, hush puppies, oysters, and po boy sandwiches. They smelled amazing, which definitely got Lando’s attention.

The sound was great and the evening was even better. It was a cool, cloudy night – the perfect setting for a horror flick. One of my favorite things about horror is watching them with a live audience. It’s always fun to see people covering their eyes or gasping. The Ring still brings the scares 14 years later.

They also had free popcorn which definitely contributed to Lando’s stellar behavior. He ended up being the star of the evening because dozens of people wanted to pet and play with him. That dog doesn’t get enough attention…

I’m looking forward to enjoying more of the Friday night horror series at The Veil and I hope that it becomes an annual tradition for them. There were definitely plenty of people in the audience eating food and drinking beer, so I don’t see why not!