31 Nights of Horror VI, Night 6: The Shining…part of Outdoor Horror Movie Nights at The Veil Brewing!

Last year I watched The Ring on an inflatable movie screen with about 40 other people at The Veil Brewing. It was the very first night of their Outdoor Horror Movie Nights events and I had a blast.

One year later, over 250 people showed up to watch The Shining in the parking lot of The Veil. The beer line was LONG – understandable given the stellar reputation of the nationally recognized brewery. My boyfriend and I are not fans of IPAs, which The Veil is known for, but luckily they regularly concoct other delicious varieties of brews. We both opted for a gose. Mine was blood orange flavored and my boyfriend got passion fruit. His was better.

One of my favorite things about watching horror movies is when I get to do it with a crowd. I felt almost proud that so many people showed up to watch Danny Torrance roll around on his tricycle in a cleverly styled Apollo 11 sweater. And why shouldn’t they? Stanley Kubrick made a damn good movie whether Stephen King likes it or not. 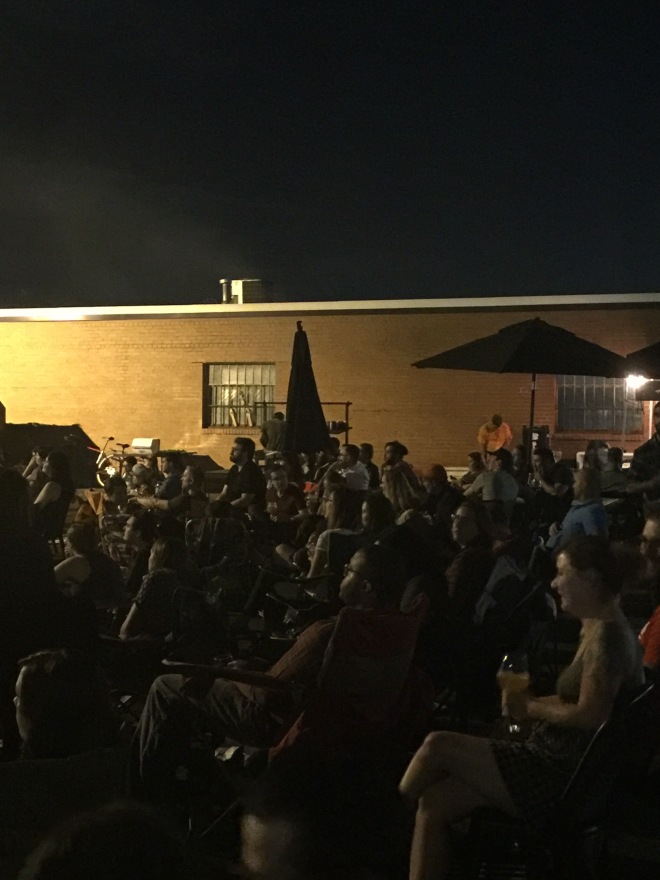 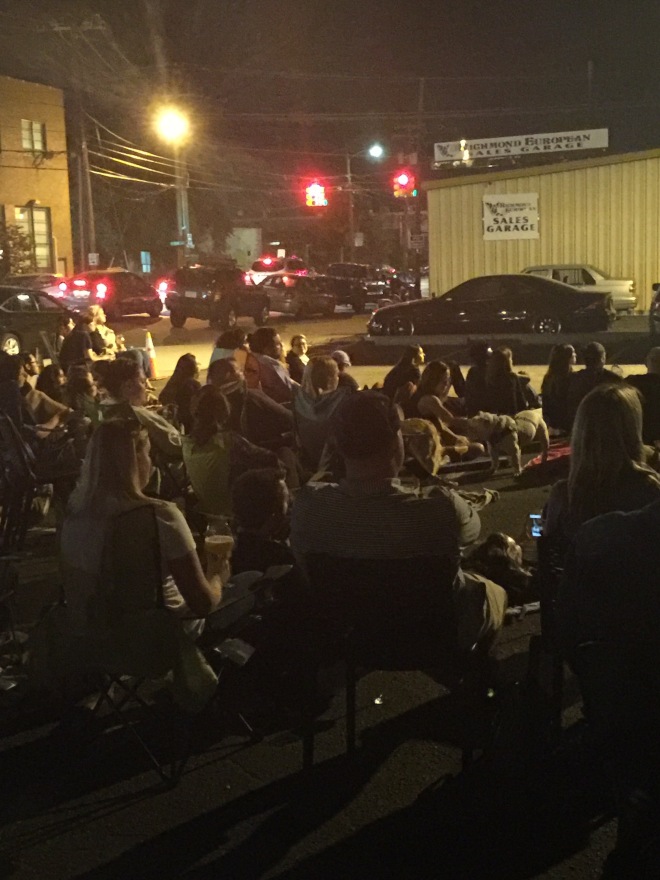 The chatter and background noise typical at any brewery made it hard to hear the movie, but I don’t even care. It is a beautiful Friday night, I am drinking fantastic beer, and I get to watch a horror flick outdoors with my love. 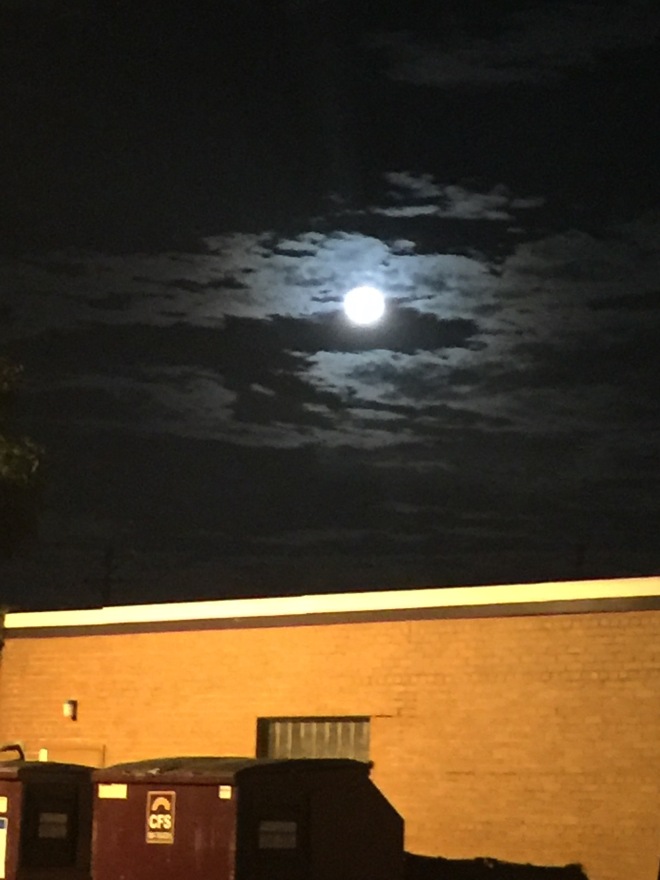 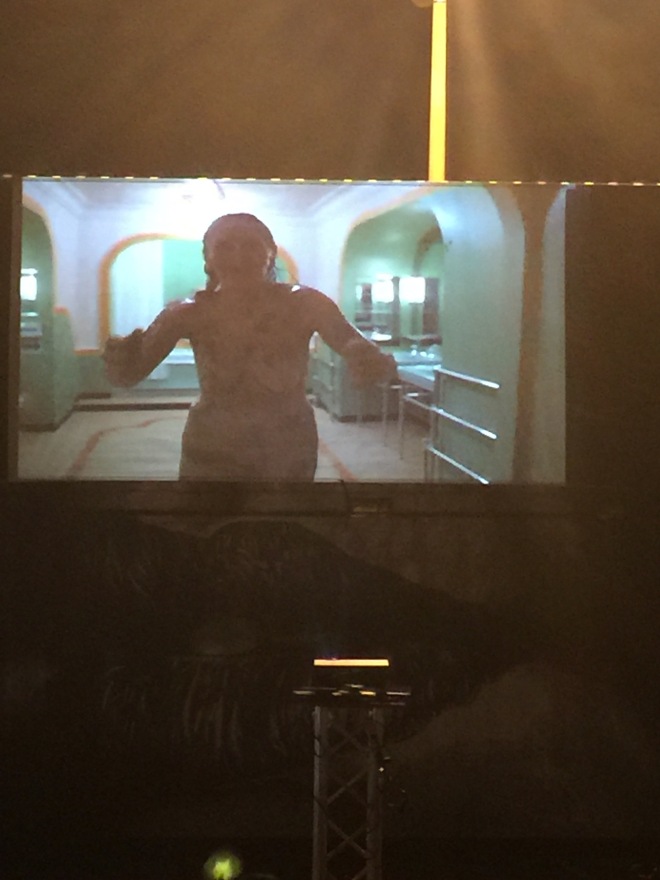