As I mentioned in the last post, I’ve been in Louisville, KY all weekend celebrating the wedding of one of my best girlfriends. Last night (Saturday, 10/13) was their wedding ceremony and reception, so in their honor I am dedicating a whole post to the best wedding themed horror movies. Congrats to Charlotte and Noah!

Like Tim Burton’s other animated musical features, Corpse Bride is delightful. I don’t know how that man is able to turn the macabre world of the dead into beloved family classics but I’m so glad that he does. I love the ending of this movie when Emily bursts into beautiful butterflies. It’s lovely. 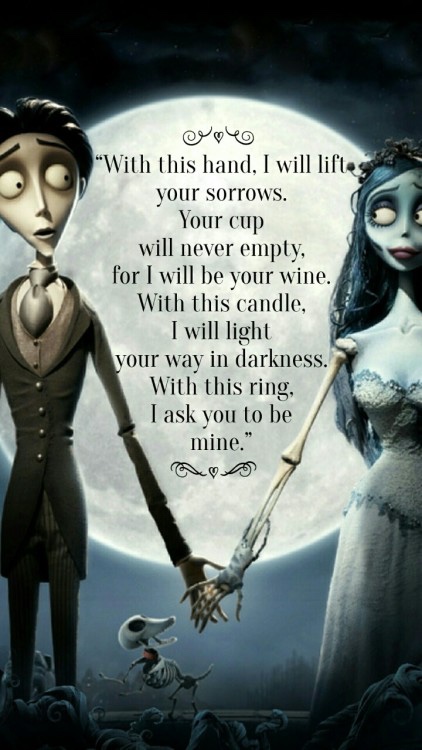 This sci-fi horror from Paramount Pictures was theatrically released as a double feature that paired with The Blob. How fun does that sound?! In I Married a Monster from Outer Space, the title pretty much explains the plot. A woman begins to suspect that the man she married isn’t who he says he is after a series of suspicious behaviors. Awesomely 1950s, when science fiction movies dominated at the drive-ins. 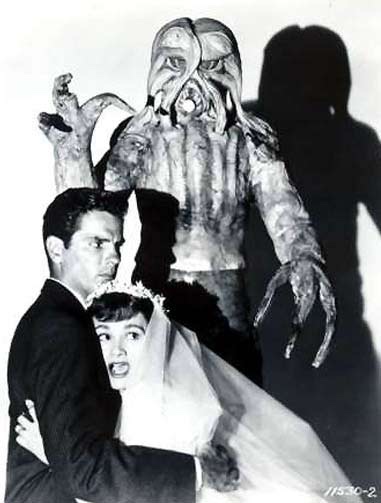 Ugh, I love Jennifer Tilly so much! Let us be thankful that Don Mancini took the Child’s Play franchise in this direction and that we all got to meet Tiffany, the love of Charles Lee Ray’s life. This sequel is also the introduction of Chucky’s scars and stitches look, which were of course caused by the events of Child’s Play 3.

The original “Bridezilla”! This iconic Universal Monsters sequel is widely considered to be even better than its predecessor, Frankenstein. I completely agree with this consensus. I love the madness of the relationship between Doctor Frankenstein and his mentor, Doctor Pretorius. The scene where Pretorius convinces Dr. Frankenstein to create a mate for his Monster is THE BEST. “To a new world of Gods and Monsters!”