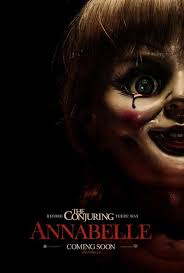 Annabelle had a tough job following up The Conjuring, one of the scariest movies of this century, but even with that in mind it was just turrible, (check out the “true” story though which is totally creepy). Don’t be fooled by the trailer, this movie relies too much on predictable jump scares, and roughly 50,000,000 stale close-ups of the infamous Annabelle doll that incited so much fear after last year’s The Conjuring. However, one of the main reasons I love horror is because it’s so fun to watch in a crowded theater and Annabelle didn’t disappoint in that arena; there were plenty of screams and clapping, and the woman sitting in front of me ran out of the theater in hysterics during the “scariest” scene, which was hilarious.